Memories of childhood transform magically into inspirational muse, in a world to describe through the fifth sense: smell. This is how the story of the fragrances of Terra Moderna 1955 by Daniele Cappello Riguzzi began. It’s a story that starts from a long time ago and which finds its origins in Emilia, in the hills at the gates of Modena, and more precisely Castelvetro, the small village composed of a handful of houses which stand among the Lambrusco hills. The fragrances of Terra Moderna recount through their fragrances moments that belong to the collective imagination, memories linked to a specific territory such as Rosso Zocca, Azzurro Adriatico, or the tradition associated with the Lambrusco wine-making process such as Vinaccia Lambrusco. Lived experience transforms and becomes a fragrance that its creator has sought to encapsulate in precious perfumes. The collection is, in fact, composed of a limited number of reproductions and is in continuous evolution. The emotions that are triggered by the sight of a landscape, the feelings that come to mind smelling a certain fragrance are a living and infinite identity expressed in the great passion and art of perfumery. The simplicity of wearing perfumes so rich in meaning implies a considerable elegance, and it is for this reason that Daniele distributes his perfumes through a careful selection of sales outlets, which are able to recount the magic behind this business project which has won the enthusiasm and curiosity of an international public. It’s a passion pursued with tenacity and which has required life choices and changes on the part of its creator who, after having worked for several years as a professional in internationally famous companies,  at the age of 50 decided to make a clean break and change direction, following his instinct and distinctive original spirit.

TerraModerna was born in Emilia, marking an indissoluble link between its founder and the places of his childhood, where the most humble of fragrances can trigger memories tied to the territory. Daniele captures those emotions in his perfumes and recounts his story through their alchemy. 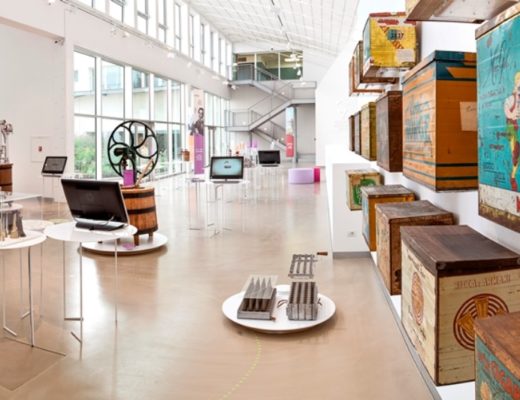