Modena, the city on the Via Emilia, where music is such part of its history and its identity that it became the land of opera and of the great masters of singing. If we allow ourself to be transported by the musical art we breath in the city, we will be able to discover and experience the most iconic places that Modena offers to its locals and also to its visitors.

Thanks to those voices born among its districts, which courageously rode the stages of theaters near and far, the Emilian town plays a leading role in the history of music. It is here that treasures of extraordinary artistic and cultural caliber lie, that being the birthplace of Maestro Luciano Pavarotti.
An extraordinary man that has conquered the world’s scenes of opera with his vocality and charisma. Among the streets of Modena, with its Ghirlandina tower and its Piazza Grande, we breathe a heritage that wasn’t built by fortuitous accident of events, but a heritage that reflects the roots of people and its ancestors, that, for enviromental and social issues,  have brough out the most intimate soul of man, the one tied to music.

hanks to the activity of the Luciano Pavarotti Foundation, the art of the Great Master continues to live, since it holds such a unique charm that, beside having known no boundaries, will never know sunset. The House Museum of Luciano Pavarotti, a project in the hands of the Foundation, is part of this little modenese world, which is able to show its visitors the portarait of the Great Master, in its role of stage man, as well as in his most intimate and private role as man tied to his land, to which he returned in every moment of break from work he had.

The Luciano Pavarotti House Museum is located in the heart of Modena countryside, right at the gates of the city towards the hills. Large land cultivated with wheat and fruit trees characterize this strip of Emilian countryside. On this wide plain the Maestro Pavarotti, in the 90s, had decided to build riding stables for horses, one of his great passions. A legendary place, where between 1991 and 2002 he had hosted the prestigious jumping tournament attended by the most important knights of the equestrian world. Afterward he had decided to have the villa built. Pavarotti himself had supervised the work of architects, carpenters and  blacksmiths, as he wished to pay tribute to the italian craftmanship in his Modena.

The residence reflects the cheerful, kind and vibrant soul of the Master. The beautiful portrait on the facade of the building welcomes its visitors. Every inch reflects his personality while the warm light of the interior fills the space. There is also a big window on the sky that brights up the rooms, which hold photos, paintings and dear letters, from friends like Sinatra, Bono and Princess Diana.

The kitchen is yellow, just like the sun, the color that best expresses and celebrates pleasant  moments of conviviality, in memory of delicious traditional Modena dishes that were cooked within these walls. In the other rooms you can admire his costumes scene, sumptuous and refined, as well as unique memorabilia. There is no shortage of countless awards that pay homage to his illustrious career. There is one aspect, however, that catch the attention, it’s the simplest objects, those of everyday life which hold an extraordinary charm, as they reveal the man behind the scenes.

The Luciano Pavarotti House Museum is an elegant, wonderful residence, outstanding from an architectural point of view, and at the same time it reflets a very strong sentimental bond with the city. The yeras spent in Modena represents his childhood, adolescence and light-heartdness moments, feelings that have created an indissolubile bond with the Master, which, despite his profession that led him to traveling the world, has always considered Modena as the maximum expression of beauty, whose memory has never paled even in front of immense and avant-garde metropolis. 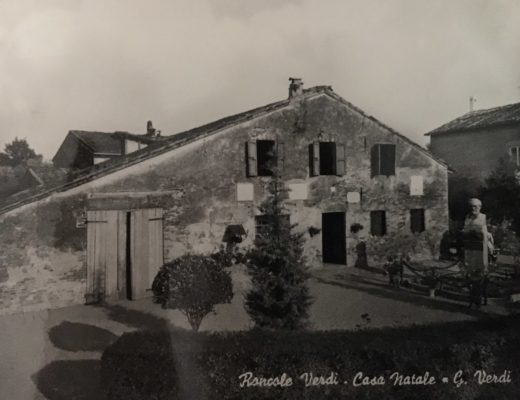