There is special city standing at the entrance to Emilia: Piacenza. A city that Leonardo da Vinci described as a “land of passage”, nestled among gentle hills, between the banks of the great Po River and the Apennines. In this post, we want to tell you the story of a singular residence found in the heart of the city of Piacenza, in Piazza Duomo, with its privileged view of the cathedral of Santa Maria Assunta. A flat that roused our curiosity for its simple, clean style and attention to detail. Giovanna Cavalli is the architect, the creator of the restoration who so expertly and successfully responded to the artistic character of the flat’s owners: Mauro Sargiani, writer and creator of artisanal furniture, and Claudia Losi, an internationally recognised artist. A name, Casa Emilia. A city, Piacenza. A place, Piazza Duomo. These were the three clues that led us to the discovery of this delightful flat on the first floor of a historical building in the old centre of the Emilian city, at the corner of Via Chiapponi. The first time we saw Casa Emilia, it was on a famous website dedicated to architecture and furnishings and, curious, we wanted to discover its story. From the very first moment, our attention was captured by the light-filled spaces and large windows standing out in all their beauty, thanks in part to the wrought iron grilles in Art Nouveau style. Casa Emilia presents itself in all of its uniqueness; its rooms are graced with furniture designed specially by the owner, and even the pivoting doors are the fruit of his genius. The spaces are made to seem especially spacious through the decision to maintain a minimalist taste for the furnishings. It is an elegance that brings to mind modern design collecting. The walls are white and wood is the preferred material, in harmony with the floors covered in colourful ceramic and “cementine” tiles that Giovanna was able to masterfully salvage, as with the old ceiling vaults. The kitchen is the queen of the house, a site of conviviality and where Mauro and Claudia host the cooking lessons given by their friend Sara. This large spacious room has become a stage for a small theatre of the culinary arts, where each evening the curtains are drawn to reveal the delights that Sara, founder of the Circolo della Cucina, so passionately prepares, explaining to participants the secrets of exquisite dishes made from scratch, according to tradition. As we deepened our discovery of Casa Emilia, we realised that this residence is much more than a simple tastefully and elegantly restored flat.
It is a home tells the story of a deep friendship that binds Giovanna, Mauro, Claudia and Sara overlooking the heart of Piacenza.

Mauro and Claudia are artists and the owners of Casa Emilia. Mauro studied Literature, Philosophy and History of Arts at the universities of Bologna and Parma.
He worked with artists and intellectuals including the well-known writer and translator Gianni Celati, who was a meaningful teacher for Mauro.
In 1994 he decided to create the first table conversation and with this artwork the adventure of Elefante Rosso Produzioni has begun.

Claudia studied in the Academy of Art in Bologna and in the Faculty of Foreign Languages and Literatures. She took part in workshops and periods of studies in Italy and abroad. Her research is focused on the relation of the man and the sorrounding environment and on relations between the individual and the community.
She exhibited her works in Italy and abroad.

Giovanna is architect and works in Piacenza. She graduated at the Politecnico of Milano she renovated Casa Emilia. Giovanna has also collaborated with the ONLUS Associazione Architetti Senza Frontiere Italia ONLUS  where she still works.

Sara is a foodblogger.
Born and raised in Piacenza, she studied Art Graphics at the Accademia di Belle Arti and she works in the industry of communication. She loves cooking and sharing her homemade recipes with friends. From this passion the idea of a food blog has come out: “Il Circolo della Cucina”. Casa Emilia and the food courses 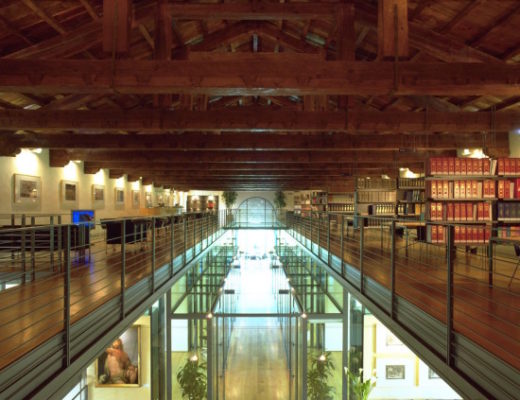